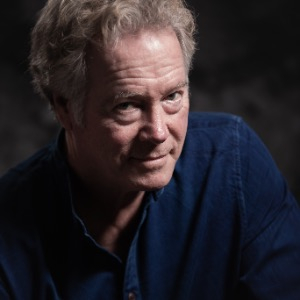 Wyatt Easterling has enjoyed success in the music industry over the years as a performer and songwriter as well as a record label and publishing executive. His experience and success in all of these areas have given him a full understanding of what it takes to succeed in this industry.

Easterling’s songs have been recorded by: Dierks Bentley (”Modern Day Drifter”), Paul Thorn (Better Days Ahead), Joe Diffie (“Life’s So Funny,” “Wrap Me In Your Love,” “All Because Of A Baby Boy”), Billy Joe Royal (“If The Jukebox Took Teardrops,” “How Hard Can It Be?”), Neal McCoy (“This Time I’m Takin’ My Time”), Sons of the Desert (“The Devil's Been Working Over Time”) and hilljack (“This Could Get Good,” “Bigger Than Dallas,” “I Kissed Miss Mississippi,” “The Day Katherine Gregory Died” and ”Still”) among many others.

When Atlantic Records opened their Nashville offices, Easterling signed on as Chief of A&R. As a seasoned songwriter, Wyatt found that his new role as record company executive fed his art in a new way. “That position had a huge influence on me. I was listening to songs all day long constantly searching for what made a great song and where they fell short, and ultimately, what made a hit. I was working with some of the best songwriters, artists, musicians and studio engineers in the world. The opportunity to work in the studio with those artists was invaluable to me; I felt like I was given a million dollar education.” Easterling's track record of accomplishments included signing artists Tracy Lawrence, Michael Johnson, Neal McCoy and John Michael Montgomery to the label. Easterling produced Montgomery's multi-platinum debut album, Life’s A Dance, which has sold well over three million units worldwide to-date.

Following his tenure with Atlantic Records, Easterling partnered with Miles Copeland (the Police and Sting) to form the Nashville Division of Bugle Publishing Group and Firstars Management as Director of Operations. Easterling brought Keith Urban to Firstars Management, and worked at length with Urban in the studio recording the project that landed Keith’s first major deal at Warner Brothers Records. Easterling then brought alternative roots artist Paul Thorn into the company for management and publishing. Easterling produced Paul's album, "Hammer & Nail" along with Greg Wells and Billy Maddox for A&M Records, Los Angeles.

In addition to ushering notable artists into the mainstream, Easterling along with Copeland created Bugle Publishing’s Printemps de Troubadours, a first of its kind songwriter's retreat held twice a year at Miles Copeland’s Chateau de Mourette in France. This event saw great success with a long list of esteemed artists and writers such as Carole King, Peter Frampton, Cher, Olivia Newton John, Jon Bon Jovi, Stuart Copeland, and Keith Urban by pairing these artists with Bugle Publishing Group staff writers. “It was very satisfying be able to give my writers such an extraordinary opportunity to work outside the confines of Nashville. A lot of hits were written at “The Castle.” It’s quite a compliment too to see that event emulated by other songwriting groups throughout the world.”

Upon leaving Bugle Publishing Group, Easterling decided it was time to get back to the singer songwriter side of the street and signed with DreamWorks Publishing, and eventually with EMI, API Publishing and Considerable Music. He is currently writing, touring and producing fellow artist.

Easterling has three highly acclaimed albums under his belt: Where This River Goes, Goodbye/Hello, Divining Rod (Top 5 - Folk 2017) and is currently working on his forth recorded collection of songs due in 2019.

Become a fan!
Get notified when Wyatt Easterling plays locally and help support his career. Join the Undiscovered Music community now to become a fan and support your favorite artists!

Wyatt Easterling has been added as an artist you support!