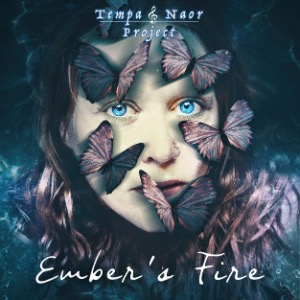 This new album of 10 years in the making shares the most intimate journey of Tempa & Naor with their heart open for the world to see.
The album brings up and deals with emotions and issues relevant to today's women empowerment movements.

Whether performing as a duo or integrating the supportive musical talent of a larger group, this magnetic couple infuses each song with an affectionate resonance that carries and sustains the listener along a journey.

Tempa’s searing and soulful voice is something to be felt and heard. You will feel it when she sings it!
With more than 30 years of professional experience, Tempa knows how to entertain her audience and crafts powerful songs.

There’s a beautifully restrained subtlety of passion and togetherness in Naor’s fine acoustic guitar work, vocals, and music arrangements.
The Israeli born songwriter and former Israeli Idol contender, Naor Nave has more than 20 years experience in crafting songs, singing and playing guitar.
Naor met Tempa at her Jam in 2007 in Denver Colorado, where they fell in love, and he joined the Tantrums.

Soul Kitchen will be releasing “Live At Charley’s“ album soon!
Tempa and Naor will be back on Maui in April 2019 for 3 shows with Soul Kitchen!

Tempa & Naor Moved to Oregon at the beginning of 2019 and are currently writing their second album.
They will be starting their grassroots “Living Room Tour” in February 2019.

They firmly believe that
“Music Is Medicine “ and will continue to create joy & healing..
One song at a time...

Become a fan!
Get notified when Tempa & Naor plays locally and help support their career. Join the Undiscovered Music community now to become a fan and support your favorite artists!

Tempa & Naor has been added as an artist you support!