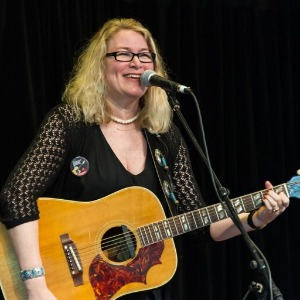 “Cattaneo has been playing around Boston and its environs for a while, sometimes solo and sometimes with stellar players. She rocks with the best of them and also sings ballads so sweetly and lovingly that it can bring tears to the eyes of those listening” – No Depression

Susan Cattaneo is a three-time nominee for Best Americana Artist in the Boston Music Awards (2020, 2019 and 2018), and she performed and won the 2018 Connecticut Folk Festival. Her latest album The Hammer and The Heart charted #1 on the Billboard Heatseekers chart and yielded a #1 song on folk radio and a top 10 album of 2017. The album reflects her love for collaboration the record features 40 local and national artists including Mark Erelli, The Bottle Rockets, Bill Kirchen, Jennifer Kimball, Dennis Brennan and Jenee Halstead just to name a few.

Susan has been an Emerging Artist at Falcon Ridge Folk Festival and a finalist or winner at some of the country’s most prestigious songwriting and music contests including: Kerrville’s New Folk Contest (2020, 2018 and 2015), the Philadelphia Songwriters Project, the Wildflower Festival Songwriters Contest, the International Acoustic Music Awards, the Independent Music Awards, the 5 Unsigned Only Song Contest, the USA Songwriting Competition, the Mountain Stage New Song Contest and the Mid-Atlantic Song Contest.

Susan has also been teaching Songwriting at the Berklee College of Music for over 15 years and performed all over New England with Western Mass trio The Boxcar Lilies.

In the New England area, Susan has won over audiences at venues such as: Club Passim, the Shalin Liu Center, the Me & Thee Coffeehouse, The Iron Horse Music Hall, Tupelo Music Hall, the Calvin Theater, the South Shore Music Circus and the River Club Music Hall.

Booking Contact
Susan Cattaneo
susan@jerseygirlmusic.com
Become a fan!
Get notified when Susan Cattaneo plays locally and help support her career. Join the Undiscovered Music community now to become a fan and support all your favorite artists - it's free to join!