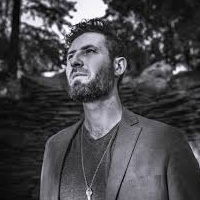 Ethan Buckner (aka The Minnesota Child) picked up the guitar at 16 and started writing songs after he witnessed death for the first time. Inspired by the reflective and soulful songwriting of Sam Beam, Paul Simon, and Justin Vernon, Ethan channeled his own grief and love into his newfound passion for poetry and melody. At first, he saw songwriting as a purely personal exercise, but after being encouraged by close friends, he began performing and eventually recording his songs.

He chose the pseudonym of The Minnesota Child in 2011 while on a cross country roadtrip, because “the songs I write evoke a yearning for home, whether that lies in a place, a person, or a community.”

The Minnesota Child released his first EP The Captain in November 2013, after moving to Oakland, CA, where he still lives. The five-track record is a dramatic soundscape of love, hope, and memory. From that album, his song Watercolors earned an honorable mention in the category Best Song by Oakland Solo Artist in the 2013 Oaktown Music Fest. Concrete Jungle, also on The Captain, was a finalist for the 2014 Oakland Mayhem Festival in the Category Best Song by an Oakland Band.

In 2016, Ethan was surprised when invited to open for four-time Grammy nominee Jewel on her Picking Up The Pieces tour at the Mountain Winery. Coming off that show, he decided to follow a longtime desire to build upon his acoustic roots and create a lush full-band sound. He teamed up with his younger brother, drummer and producer Matt Buckner. a frost school of music Graduate, Matt joined TMC to arrange, produce, and drum on the new record.

The Minnesota Child’s latest release Fireflies is TMC’s first full-band EP. Produced by Jeff Saltzman (The Killers, Blondie) and Matt Buckner, the album features an expansive sound. The record infuses Ethan Buckner’s soulful songwriting with lush harmonies, intricate instrumentals, and powerful rhythms to produce a full symphonic sound to take on the open road or a hike in the woods.

TMC premiered as a full band headlining Great American Music Hall in February 2018. This summer and fall, Ethan is embarking on his first national tour.

Become a fan!
Get notified when The Minnesota Child plays locally and help support their career. Join the Undiscovered Music community now to become a fan and support your favorite artists!

The Minnesota Child has been added as an artist you support!