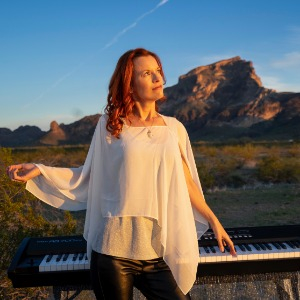 Killarney's mission, via singing, speaking and coaching, is to help others embrace their own authenticity and "get paid to exist."

In 2018 Killarney and her family sold everything, including their dream house, to reboot her music career and take it on the road. In that year of wandering, Killarney wrote new songs she could never have written at home and began recording two new albums including a collection of songs influenced by their journey. Playing shows at campsites, in the wilderness, and at venues and house concerts, Killarney is at home wherever her travels take her, singing about love, loss, and nomad life.

Become a fan!
Get notified when Killarney Star plays locally and help support her career. Join the Undiscovered Music community now to become a fan and support your favorite artists!

Killarney Star has been added as an artist you support!