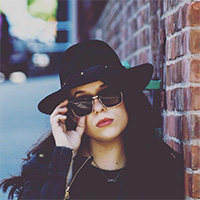 Meet Jeanne Marie Boes... Astoria, NY native, a singer, songwriter, musician - full of love, happiness and heartache. With her powerful, soulful and unforgettable voice along with songs, written by both her and some with her father, James, she is steadily gaining a following in her hometown and beyond. She started singing at age nine, inspired by her idol, Celine Dion. Singing along to her records, she'd put on shows for her family in their living room. She started playing piano at about age twelve and has since dabbled in violin, guitar and electric bass.

?Jeanne Marie has garnered attention from many local music blogs, newspapers and magazines over the years, and has had her music aired on many online and terrestrial radio stations in the US.

Become a fan!
Get notified when Jeanne Marie Boes plays locally and help support her career. Join the Undiscovered Music community now to become a fan and support your favorite artists!

Jeanne Marie Boes has been added as an artist you support!