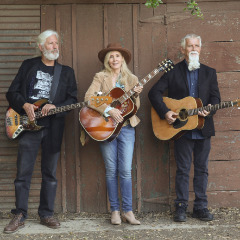 Jazz singer/guitarist Diane Hubka exclaims, "I'm getting back to my musical roots, singing and playing the folk songs I grew up with in the 70's!" Diving deep into the rich Americana melting pot of Folk, Acoustic Country, Blues and Swing, she creates her own unique interpretations of songs by John Prine, Emmylou Harris, Bob Dylan, Neil Young, Joni Mitchell, the Allman Brothers, and Johnny Cash. Award-winning vocalist Susie Glaze says, "Diane gracefully integrates her jazz 'chops' into the folk and Americana genre with grand results!"

Growing up in the panhandle of Western Maryland, this Blue-Ridge Mountain-bred artist learned violin, trombone and guitar from an early age. "My mother was in a folk singing group in the 1960's. At home I played guitar, my sister played piano and we all sang harmonies." During her senior year in college Diane studied jazz guitar and developed a passion for singing and playing jazz that would lead her to move to Washington, DC, and then New York City, becoming a vital member of those jazz communities. She was awarded a fellowship from the National Endowment for the Arts, and performed up and down the East Coast, headlining at notable New York venues Blue Note, Birdland and Knitting Factory. "Diane is an inventive, gifted interpreter of a wide range of material." (TIME OUT NEW YORK)

In 2005 Diane relocated to Los Angeles where she performed at iconic venues Catalina's, Vitello's, Jazz Bakery and Charlie O's. She recorded with Anthony Wilson, John Pisano, Joe La Barbera, Christian Jacob, Larry Koonse and Peter Sprague. The Sinatra Society of Japan sponsored her for three tours and recorded her live CD: "I Like It Here/Live in Tokyo" that placed among the best vocal albums on the 2008 Jazz Disc Award. Appearing in Tokyo, Yokohama, Osaka and Kitakyushu, she "dazzled the Japanese audiences with her intelligent improvisations and energy." (EASTWIND IMPORT.)

With six internationally acclaimed CD's, and performances throughout the US as well as Turkey and Japan, the singer/guitarist now turns to the world of the American singer/songwriter. "Diane Hubka simply will not disappoint. She continues to sing beautifully... balancing on her lovely sustained tones with the wiliness of a unicyclist." (CADENCE)

Become a fan!
Get notified when Diane Hubka plays locally and help support their career. Join the Undiscovered Music community now to become a fan and support your favorite artists!
Support this Artist!
Help support Diane Hubka during these difficult times by donating directly to them:
Donate via Paypal
Donate via Venmo

Diane Hubka has been added as an artist you support!