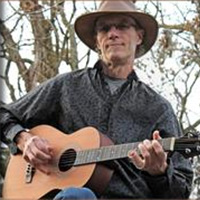 David is a touring solo singer/songwriter and regular performer at The Bluebird Café in Nashville whose music ranges from dirt funk to intimate. His troubadour resume includes over 20 years on the road.

• 2019 Release –Who Cares, 7th album, features a duet with Mary Gauthier and an appearance by America’s Got Talent semi-finalist, Alicia Michilli! Dedicated to the memory of David’s producer & friend, Blue Miller, who passed away unexpectedly during the project.

• "Angels Flew" (One House) is listed on the 9/11 National Memorial Artists registry.

• "Doesn't Take Much Light" (One House) was featured on Scouting Magazine Blog and performed by David to 5000 Eagle Scouts in an arena event at Michigan State University.