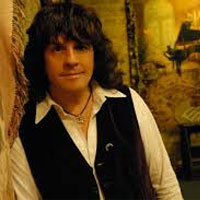 BOB MALONE has toured the world as a solo artist for two decades and has played keyboards with rock legend John Fogerty since 2011. He is also a busy session player and arranger, and is featured on the latest Ringo Starr record, “Give More Love.” Classically trained, with a degree in jazz and a lifetime playing rock & roll clubs, theaters, and arenas, Bob combines unforgettable songwriting with a one-of-a-kind hybrid of rock, blues, and New Orleans R&B, delivered with high-energy piano virtuosity and a voice all his own.

Born and raised in New Jersey, he has lived in New York City, New Orleans and Boston, and is currently based in Los Angeles. As a solo artist, Bob plays around 100 shows a year in the US, UK, Europe and Australia – including sets at Glastonbury Music Festival (UK), Colne Blues Festival (UK), Long Beach Bayou Fest (US), Falcon Ridge Folk Fest (US), Blue Mountains Music Fest (AU), and Narooma Blues Fest (AU). He has been featured twice at WWOZ Piano Night in New Orleans, and has opened for Boz Scaggs, Subdudes, The Neville Brothers, Rev. Al Green, BoDeans, Dr. John, Marcia Ball and many others. As a member of John Fogerty’s band, he has played with Bruce Springsteen, Bob Seger, Jackson Browne, Billy Gibbons, Jimmy Buffett, and Alan Toussaint.

Malone’s latest album, Mojo Deluxe, went to #1 on the Independent British Blues Broadcasters (IBBA) radio chart, was one of the top 100 most played CDs in 2015 on the Roots Music Report radio charts, was top 15 on the Relix/jambands.com charts, and appeared on the Living Blues and Americana Music Association (AMA) radio charts. Videos from Bob’s 2016 Mojo Live DVD were given exclusive premiers by Relix Magazine and Alternative Root Magazine.

Bob’s music has been heard on NCSI New Orleans, Dr. Phil, Entertainment Tonight, and The Rachel Ray Show, and he recently arranged and played on a song for Avril Lavigne for a Hallmark Channel movie. As a member of John Fogerty’s band, Bob has appeared on The Late Show With David Letterman and The View.

Kurzweil Music Systems chose Bob to make the demo videos for their new Forte digital piano, and he is endorsed by QSC Audio, Hammond Organ and Fishman Acoustic Transducers.


“A keyboard wizard.” – The New Yorker

“There’s not a weak cut on this rich and varied outing, which is my pick for best blues album of 2015.” Myrtle Beach News, Eugene Register-Guard, Ashland Daily (Mojo Deluxe Review)

“Pulsating, roaring keyboard work that grabs you and shakes you until you cry for mercy.” – Keyboard Magazine

“With Malone’s latest offering, he has found his mojo delivering a superbly produced blues rock album packed with funk and oozing with soul.” – National Rock Review

“Keyboardist Bob Malone may have been the best musician on the stage outside of Mr. Fogerty himself.”
– Pittsburgh-Post Gazette

Become a fan!
Get notified when Bob Malone plays locally and help support their career. Join the Undiscovered Music community now to become a fan and support your favorite artists!

Bob Malone has been added as an artist you support!