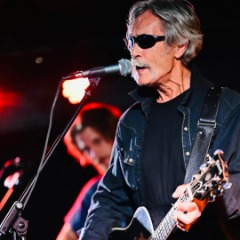 Billy Don Burns is one of the few remaining original outlaw country music singer/songwriters, and is in his 52nd year in the business. His long and hard road paved with honky-tonk reality has taken him from his origins in Stone County, Arkansas, to thousands of smoke-filled honky-tonks around the world, even center stage of the Grand Ole Opry. It is most notably Billy Don’s work as a songwriter that has garnered him some of his greatest accolades. He lives the life he writes about in his songs and because of his brutal honesty, in the honky tonk world, some people call him “The Warrior Poet” and some call him “The Gladiator with a Guitar".
His songs have been recorded by classic country artists including Willie Nelson, Mel Tillis, Connie Smith, Hank Cochran, Johnny Paycheck, Sammy Kershaw and many others. He’s produced albums for Merle Haggard and Johnny Paycheck. More recently, his songs have drawn the attention and praise of a new generation of country musicians, including Cody Jinks, Colter Wall, and Whitey Morgan, to name a few, who have all recorded his songs.
Billy Don’s 1996 album “Desperate Men” which he recorded with Hank Cochran, unseated his hero Johnny Cash, who had been number one for fourteen weeks on the Gavin Americana charts. When he unseated the Man in Black, Johnny wrote him a letter congratulating him on his number one. To Billy, that was the biggest thing that happened to him in his career. Some of Billy’s friends sang on the “Heroes, Friends and Other Troubled Souls” (2005) album with him. Willie Nelson and Hank Cochran sang on “Patsy”. And Tanya Tucker sang on “Mississippi”. Cody Jinks purchased “Nights When I’m Sober” (2012), and recorded two of Billy’s songs off that album, “Gaylor Creek Church” and “Stranger”. Shooter Jennings produced an album on BDB titled “A Night in Room 8” (2016). Billy’s last album, “The Country Blues” is nominated for the Album of the Year at the 2021 Arkansas Country Music Awards.

When "Desperate Men" went to #1 on the Gavin Americana chart, replacing Johnny Cash who had been there for 3 months, Billy Don received this hand written note; "Congratulations! You deserve it. I'll be happy to move out of the #1 spot and let you have it. I been there. Done that." - Johnny Cash