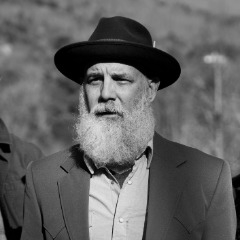 Alan Lee Edwards has been a songwriter for over 30 years, and became the main singer, guitarist, and songwriter for the band Lou Ford. He has been called a "Pioneer" of the Americana / Alt-Country genre. Punks, Alt-Country fans, and glam rockers alike agreed there was an honesty there, an authenticity not built on outward style but inner substance. The songs spoke mostly of the ebb and flow of personal relationships, and of the existence most of us south of "middle-class" immediately recognized as our own. They had critical respect, too, and from some of the best music magazines in the world -- Uncut and Mojo both talked the band up breathlessly, and they shared space on British "best of" compilation CDs with the likes of Lucinda Williams, Richard Thompson and Paul Simon. Often lumped into the Americana catch-all, they nonetheless mined the sunnier side of the street musically, with Edwards’ biggest influences (Beach Boys, Big Star, Nick Lowe) never far from the surface. The very first published music review I ever wrote was on Lou Ford's debut full-length, 'Sad, But Familiar'. Something about that review still sticks with me: it was (if nothing else) deeply felt, and if indeed the words served well, it was because they served the point. I think this is something that A. Lee Edwards and I have in common: a belief in a plainspoken good thing, without unnecessary or undue adornment. After Edwards’ post-Ford band The Loudermilks folded, Alan did as he had famously promised in song years before and took his things and moved up to the mountains. Edwards has revisited his burgeoning back catalog of songs and become something of a road warrior. It is music that is personal without being personal-specific — call it “universal personal.” It is a sort of composting of shared experience, something that is rather impossible to fake without a huge helping of empathy and a great set of ears. It is music that is direct, and which can occasionally make you uncomfortable, but later console you like that old friend you rarely get to see. A. Lee Edwards' songs and fingerstyle guitar, accompanied by Matt Royal on Bass, as a duo with harmonies that recall classic Byrds, Flying Burrito Bros and Buck Owens/ Don Rich.