an evening with peter mulvey

An Evening With Peter Mulvey

If you have never been to one of Peter Mulvey’s concerts or seen him perform at festivals around the country, then you are in for a rare, rewarding treat when you attend tonight’s concert. And if you are familiar with Peter’s work, well, you know why you want to see him again. Peter is a throwback in many ways, a social activist, using his voice and music to speak truth to power, to expose the inequities, injustices and pain that the world holds, as uncomfortable and upsetting as that may be. Yet, his songs are beautifully textured and his voice so full of emotion, that he pulls us in and keeps us listening and learning. Honestly, do not miss Peter Mulvey this evening. Peter Mulvey has been a songwriter, road-dog, raconteur and almost-poet since before he can remember. Raised working-class Catholic on the Northwest side of Milwaukee, he took a semester in Ireland, and immediately began cutting classes to busk on Grafton Street in Dublin and hitchhike through the country, finding whatever gigs he could. Back stateside, he spent a couple of years gigging in the midwest before lighting out for Boston, where he returned to busking. (this time in the subway) and coffeehouses. Small shows led to larger shows, which eventually led to regional and then national and international touring. Nineteen records, an illustrated book, thousands of live performances, a TEDx talk, a decades-long association with the National Youth Science CAmp, opening for luminaries such as Ani DiFranco, Emmylou Harris, and Chuck Prophet, appearances on NPR, an annual autumn tour by bicycle, emceeing festivals, Mulvey’s wheels have not stopped turning. He has built his life’s work on collaboration and an instinct for the eclectic and the vital. He folds everything he encountered into his work: poetry, social justice, scientific literacy, and a deeply abiding humanism are all on plain display in his art. 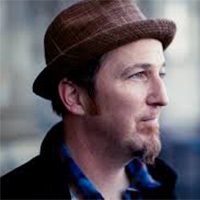 Listening rooms typically sell tickets to their shows. You can find out more on their website. But if your prefer, fill out the form here and we'll let this venue know you are interested in attending.