General admission: $20 advanced ($25 day of show) Listening to Buffalo Rose is like driving on the open road with the windows down, letting the breezes of various musical styles wash over you. Buffalo Rose commandeers the shimmering and electrifying riffs of the mandolin, (Bryce Rabideau), the cascading guitar arpeggios of folk and bluegrass, (Shane McLaughlin), the ringing purity of the dobro, (Malcolm Inglis), and the steady percussive thrum of upright bass, (Jason Rafalak), providing an effervescent blanket of sound under and around which the ethereal harmonies of Lucy Clabby, Margot Jezerc, and McLaughlin float. There’s a singular beauty in every Buffalo Rose song, whether the group is covering Madonna’s “Borderline” or delivering their stirring original material. The members of the band met four years ago in the Pittsburgh area. “All of us were active in the Pittsburgh music scene,” says McLaughlin. Each of them was playing different kinds of music, from folk to punk. They formed in 2016 when former member Mariko Reid got together with Clabby, Inglis and McLaughlin to record McLaughlin’s tune “Momma Have Mercy.” Before long the three had met up with Rabideau and Rafalak, and the band’s first EP, Red Wagon, debuted in November 2016. “Once we had Bryce and Jason,” says Clabby, “we had our rhythm section. We call Bryce our drummer because of the percussive way he plays mandolin.” While their following grew in the Pittsburgh area, they gained national attention opening for bands such as the Infamous Stringdusters, Dustbowl Revival, and Tyler Childers. In March 2018, the band gathered the music they had been playing on the road and released their first full-length album, ‘The Soil and the Seed’. After Spindler replaced Reid in the fall of 2018, the band released their ‘Big Stampede’ EP on Misra Records in November 2019, followed by ‘Borrowed and Blue: Live Around One Microphone’ in May of 2020. Throughout the last year the band has continued to record and release music, with Margot Jezerc replacing Spindler on vocals. Their most recent release features Pittsburgh singer INEZ on a cover of the Johnny Nash classic "I Can See Clearly Now”. VIDEO: https://www.youtube.com/watch?v=gi-nvLKxsEQ G-Phat More than bluegrass, G Phat has been wowing audiences with a wide array of musical genres. Grounded by top instrumental talents, the band weaves in the tight harmonies of father and sons: Shawn, Grayson, and Garrett Lane. Shawn Lane - Three-time GRAMMY Nominee and 28-time IBMA Award winner with supergroup Blue Highway. Shawn is a heralded vocalist and instrumentalist, explosive on fiddle, guitar, and mandolin, often lending his talents to the GRAMMY-winning Earls of Leicester when not on the road with Blue Highway. Shawn is also a respected songwriter, was nominated as 2015 IBMA Songwriter of the Year, and has penned iconic songs such as the high octane title track of Blue Highway’s heralded 2014 album, “The Game,” a song co-written with Barry Bales which sent Blue Highway soaring to #1 atop multiple Bluegrass charts, including 7 consecutive months at #1 on the national Bluegrass Unlimited Album Chart and 3 consecutive months at #1 on the Bluegrass Unlimited Song Chart. Gary Hultman - Gifted young man who spent four years as Dobro player with the highly celebrated Grammy-nominated Boxcars. He performed with the Adam Steffey-created Highland Travelers and is a current member of Blue Highway. Jerry Nettuno - Award-winning musician and songwriter formally of Kane's River. Kane’s River charted high on the Bluegrass Unlimited survey and was well-received by critics. They showcased in 2000 at IBMA, and were a popular draw at festivals. Grayson Lane - Shawn's oldest son and ultra-talented musician, vocalist, and songwriter. Grayson plays keyboard and octave mandolin for G Phat. His creative contributions and arrangements can be heard throughout the band's songs. Garrett Lane - Garrett is Shawn's youngest son and a one-of-a-kind vocal talent, lending lead and harmony vocals across the band's repertoire. Anthony Nettuno - The best bass player to ever touch the 4-stringed instrument. Anthony has the largest instrument in the band and Lord knows he knows how to use it. He also plays to huge fanfare at his church. VIDEO: https://www.youtube.com/watch?v=CCMNaUfOiTw&feature=emb_imp_woyt 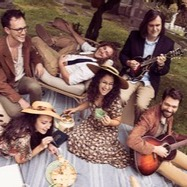 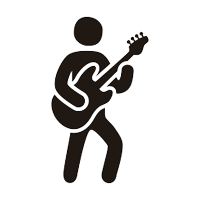 3116 Main Street
Duluth, GA
www.eddieowenpresents.com
Eddie Owen Presents is the songwriter's best friend. It is a music venue, production company, music school, and a home away from home for performing singer-songwriters and their fans. We are based in Duluth, Georgia at Red Clay Theatre - a 260-seat listening room that hosts the most talented musicians on the planet.
Eddie Owen Presents: Buffalo Rose with G-Phat (featuring Shawn Lane of Blue Highway)
Become a fan!
Get notified when Buffalo Rose plays locally and help support their career. Join the Undiscovered Music community now to become a fan and support your favorite artists!

Buffalo Rose has been added as an artist you support!