Grace is the winner of many of the nation’s most prestigious songwriting contests, including NPR’s Mountain Stage New Song Contest, and has received grants from the Buddy Holly Educational Foundation. Grace’s songs have been recorded by other esteemed artists, including Sara Hickman and Ruthie Foster. Her highly acclaimed independently released records, Grace Pettis (2009), Two Birds (2012), and the acoustic EP, Blue Star in a Red Sky (2018), have garnered praise from top-notch magazines, newspapers, and radio. She also holds down duties as a member (along with Rebecca Loebe and BettySoo) of the Americana/folk-pop trio Nobody’s Girl. From an early age, Grace was encouraged to speak her mind and to express herself musically. Words and music were the family heirlooms she inherited from her parents, a traveling songwriter (Pierce Pettis) and poetry scholar (Dr. Margaret Mills Harper), who were divorced by the time she was a small child. As a result of that separation, she was raised in two very different parts of the "Deep South": the suburbs of Atlanta, Georgia, and the backwoods of Mentone, Alabama. Grace's musical influences run the gamut of Southern sounds: from mountain music and gospel to country and folk to R&B and hip hop. Pierce was on the road a lot, and the albums he left for her to listen to while he was touring the country and sending paychecks home were both a way to be closer to him and a driving influence in her writing from an early age. She was writing songs as soon as she could talk and enlisting help from her mom to get them down on paper by the time she was five. An award-winning singer-songwriter from Austin via Alabama, this isn't Pettis' first rodeo. For Grace, who has been characterized as “a little bit folk, a little bit country/Americana, and a whole lot of soul,” 2020 had many silver linings. She signed with MPress Records, released three critically acclaimed singles – “Landon”, White Noise”, and “Drop Another Pin” (with “Landon” landing at #10 on The Bluegrass Situation’s year-end “The Women Who Wrote Our 2020 Soundtrack”), and recorded a new record in Nashville (forthcoming on MPress Records, May 2021). 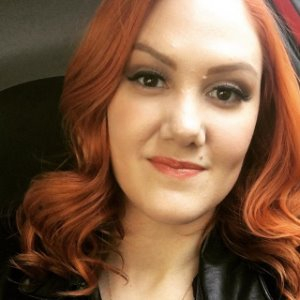 3116 Main Street
Duluth, GA
www.eddieowenpresents.com
Eddie Owen Presents is the songwriter's best friend. It is a music venue, production company, music school, and a home away from home for performing singer-songwriters and their fans. We are based in Duluth, Georgia at Red Clay Theatre - a 260-seat listening room that hosts the most talented musicians on the planet.
Eddie Owen Presents: Grace Pettis
Become a fan!
Get notified when Grace Pettis plays locally and help support her career. Join the Undiscovered Music community now to become a fan and support your favorite artists!

Grace Pettis has been added as an artist you support!