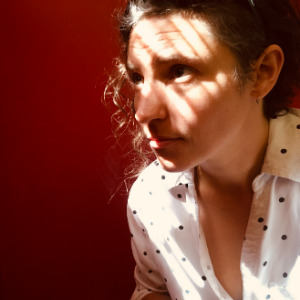 Ithaca, NY based singer-songwriter, Jen Cork has a passion for dirt, baritone ukes, 1904 uprights, vocal layering, and found sounds. She has been performing her original indie-folk music and choice traditional folk, jazz, and blues covers around the Finger Lakes region and beyond for more than a decade.

Jen’s music, layered with powdered gravel harmonies and a meditative, introspective quality, moves audiences with it’s pure emotiveness. Pendulizing between self-encouraging swing and deep grey, almost tangible sadness, the comforting space between—and the person, herself—are what is offered. Piano, guitar, melodica, and damn, she can sing….and her voice is just the beginning. From packed art galleries to camp fire circles in Michigan, from studio session work to deep listening rooms, Jen is at home.

A skilled singer, songwriter, producer, instrumentalist, collaborator, and bandleader, she is a well-known part of the music scene in Ithaca, NY. She ruminates on rusty turnbuckles. She loves the history, grit and intersection of nature and mechanical objects, and her emotional songwriting grows out of these timeworn landscapes. There is history in her voice and legacy in her songs.

Cork was named “Best Female Singer” by the Ithaca Journal.

Finger Lakes Music Press called her a “Superb Vocal Stylist,” and her band was selected to perform at the Confluence Benefit for the National Women's Hall of Fame in Seneca Falls, NY.

Jen is currently recording her new single “Maybe Someday” and touring around the NorthEast US.

Become a fan!
Get notified when Jen Cork plays locally and help support her career. Join the Undiscovered Music community now to become a fan and support your favorite artists!

Jen Cork has been added as an artist you support!