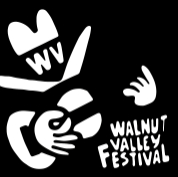 "Musical Tabasco!" - The Orlando Weekly
-> read more
2016 International Blues Challenge Finalist Winner - "Best Guitarist (Solo/Duo)" Award "A master of the mountain dulcimer" - Connections Magazine "He plays the dulcimer like Jimi Hendrix. He has this ability to communicate a sensual energy when he's onstage" - Tom Shed, Florida Folk Festival organizer "...a high-energy solo performer and frontman..." - Music Connection "Musical Tabasco!" - The Orlando Weekly Using Appalachian mountain dulcimer, Native American flute, ukulele and a board full of stomp-boxes, Bing Futch celebrates traditional and modern Americana music with passion, humor and boundless energy. Known for his musical shape-shifting, Bing switches the channels on style and tone with every new song, from his roots-rock and blues originals to The Rocky Horror Picture Show and Disney covers. As a nationally touring solo performer he's headlined at such events as The Walnut Valley Festival, The Florida Folk Festival, Old Songs Festival, Indiana Fiddlers Gathering, The Big Muddy and Common Ground On The Hill. Bing has enjoyed a career as both folkie and rocker, first with post-punk act Crazed Bunnyz in 1986 and much later in 1999 as co-founder of Mohave on mountain dulcimer. That band, with bassist Mike Burney and drummer McGyver, made their debut performance at the House of Blues at Walt Disney World and would go on to open for Molly Hatchet, St. Somewhere and The Crests. In 2006, Bing began performing solo at festivals and music venues across the country. Since then, he has recorded a number of albums and published several music-education books including the best-selling Blues Method For Mountain Dulcimer 101. In 2014, Bing won the Solo/Duo Artist award in the Central Florida Blues Challenge competition, earning a coveted entry into the 2015 International Blues Challenge in Memphis, TN, where he advanced to the semifinals. Several months later, Bing competed in the 2015 Central Florida Blues Challenge and won his category for the second year in a row, which led him back to Memphis to compete in the 2016 International Blues Challenge. There, he advanced all the way to the finals and was given the award for "Best Guitarist" in the Solo/Duo category, despite competing solely on the mountain dulcimer. Bing's music has been featured in film, video, on stage and in exhibits at the Orlando Museum of Art. He was composer and musical director for "The Jungle Book: A Musical Adaptation" at Stage Left Theater in Orlando, Florida. He also contributed music to the soundtrack of The Castle of Miracles attraction at Give Kids The World Village in Kissimmee, Florida. In 2008, Bing became the first endorsing artist for Folkcraft Instruments and has written a number of books for them, including the best-selling Method For Beginning Mountain Dulcimer. Around that same time, he worked with V-Picks to develop a pick specifically for mountain dulcimers. This collaboration resulted in both the “Bing” Lite and “Bing” Ultra-Lite models. Typically traveling over 35,000 miles a year in a 32’ Jayco Greyhawk named Marahute, Bing keeps a busy schedule of performances, workshops and production that includes shooting episodes of Dulcimerica, a video series on YouTube that’s been viewed by millions of people worldwide and is currently in its 14th year. Since the spring of 2020, when coronavirus began to make its presence widely known, he’s been producing music and video from his home in Orlando, Florida and spending lots of time with his wife, Jae, and a menagerie of rescued critters.

918 Main
Winfield, KS
www.wvfest.com
The Walnut Valley Association was formed in 1972, with its sole purpose to produce the Walnut Valley National Guitar Flat-Picking Championships Festival, also known as the Flat-Picking Championships, now known as the “Walnut Valley Festival” or simply “Winfield” to the long time attendees. Still the third week-end in September, in Winfield, Kansas, at the Winfield Fairgrounds, the Walnut Valley Festival has long prided itself on being educational as well as enjoyable, but most of all, the Festival is a homecoming. And a homecoming not just because of the music and how folks act, but a coming home to a place in the soul and the heart with a spirit of celebration.
Walnut Valley Music Festival
Become a fan!
Get notified when Bing Futch plays locally and help support his career. Join the Undiscovered Music community now to become a fan and support your favorite artists!