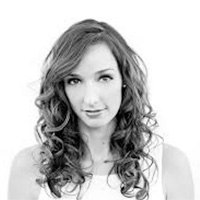 217 2nd Ave S
Nashville, TN
www.listeningroomcafe.com
The Listening Room Cafe was founded in 2006 in Historic Franklin, TN. Chris Blair, owner and singer/songwriter himself, decided to open a venue because he was playing his own music around Nashville and couldn't find a place that he felt had the sound and atmosphere that Nashville artists deserved. The Franklin location quickly became a local favorite pulling in huge songwriters from music row that started calling it "The Bluebird Cafe outside of Nashville." Wanting to continue that buzz, Blair decided to move the location closer to downtown Nashville and Music Row. He opened the new location inside the historic Cummins Station building in September of 2008. It was there that The Listening Room really built its name and started attracting the biggest songwriters and artists in the music business. After four successful years in Cummins Station, Blair decided to close the doors in August of 2012 to begin a six month build out of his newly acquired building where The Listening Room stands today. They celebrated their Grand Re-Opening on Feb 9, 2013 and since have continued to grow their reputation and now grown national attention by being a new hot spot in the downtown "Sobro" Nashville district.

Listening rooms typically sell tickets to their shows. You can find out more on their website. But if your prefer, fill out the form here and we'll let this venue know you are interested in attending.
Jenn Bostic at The Listening Room Cafe 3-6-2021
Become a fan!
Get notified when Jenn Bostic plays locally and help support her career. Join the Undiscovered Music community now to become a fan and support your favorite artists!

Jenn Bostic has been added as an artist you support!