IMT and the Arts and Humanities Council of Montgomery County and Koki Adasi Real Estate proudly present a performance and conversation with Tom Prasada-Rao, Rob Guttenberg and Greg Klyma! "Visually and musically, Tom is the most compelling presence to emerge in the singer-songwriter genre as I've seen in a long time." —Jim Bessman, Billboard Tom Prasada-Rao writes songs of extraordinary power evoking his Indian heritage and his love of R&B. A musician’s musician, an award-winning songwriter, teacher and producer – Tom joyfully returns to the stage after a year recovering from cancer, with a bunch of new songs in his head. Known for his inspiring songs, his unique guitar style, and his smooth voice, TPR was born in Ethiopia of Indian parents. Fresh from his 15-year exile in Texas, he’s finally returned home to Washington, DC. TPR has been a fixture on the singer-songwriter scene since winning the Kerrville New Folk songwriting competition in 1993. He will soon resume touring around the country, playing festivals and house concerts, teaching songwriting, and producing albums. Visit his website here : tomprasadarao.com Tom Prasada-Rao sings an original song co-written with Renee Azarri called "Show You My Love". Recorded 'In The Moment' on Friday February 19, 2016 at the Folk Alliance International Conference in Kansas City, Mo Greg Klyma is out to make the world a better place one song at a time. A prolific songwriter and multi-instrumental, Greg is right at home whether he's playing a folk ballad, a country waltz, or rockin' out like a high school kid. Find out more at klyma.bandcamp.com Rob Guttenberg has been performing his original music over the past 30 years. During the 1970s he opened for Tom Paxton and Harry Chapin. In 1975 Rob composed the Brown University strike song, ‘Rich White American University’ which was featured on the Walter Cronkite CBS evening news. After healing from a severe brain hemorrhage in 1983, Robs’ songwriting focussed on songs about overcoming adversity, disability and social justice. As a result of a request made by the National Organization on Disability, Rob composed the song ‘FDR in a Wheelchair’, that was honored with proclamations from the U.S. States House of Representatives, and the Montgomery County, Maryland County Council. Rob continues to write songs that serve to lift spirits and encourage persons to persevere in the face of adversity. 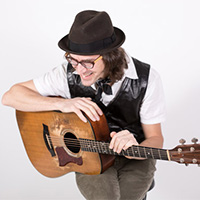 Greg Klyma is a road-tested troubadour and a relentless songwriter. You'll find him weaving lanes between Tom Petty and Merle Haggard on music's highway. 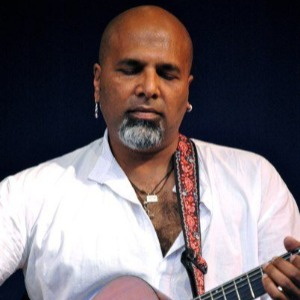 A virtual world music ensemble rolled into one guy. His voice weaves incantations, and the guitar is a magic wand in the hands of this extraordinary musician. 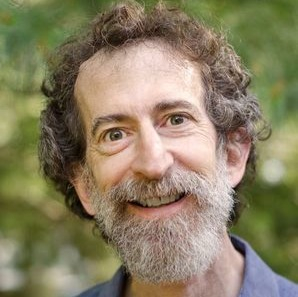 Greg Klyma has been added as an artist you support!