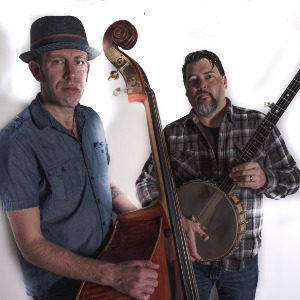 The bands sound reflects a melding of the Maritime picking parties of Huston's Nova Scotian upbringing and Chris’ country blues guitar and unorthodox banjo picking, evocative of the deep southern sounds he was immersed in while at art school in Louisiana. BSBT is influenced by roots luminaries like Blind Blake, Victoria Spivey, Doc Boggs and contemporaries like The Devil Makes Three, Pokey Lafarge, and Mandolin Orange.

Through a process of musical distillation the band became the duo Steven Huston (upright bass, guitar, vocals) and Chris Dawson-Murphy (banjo, guitar, vocals). BSBT is based in Vancouver, Canada.

The bands debut full-length album, Already Gone, mastered by Graemme Brown (Be Good Tanyas, Chick Corea) spent several weeks at the top of roots music charts across Canada and was featured in the Alternate Root and BeatRoute Magazine. ​​BSBT has toured across Western Canada, the Netherlands, Belgium, and the U.S. playing venues and festivals. The band was nominated for the Whammy Award - best local bluegrass band three years running and has shared the stage with the likes of Petunia, The Burying Ground, Carolyn Mark, Devil in the Woodshack, Jesse Waldman, and Leah Barley and the Converse Cowboys.

“…sings of night time dives and back alley danger on a soundrack made for fallen angels.” - The Alternate Root
_DSC9458.jpg

The Bottom Shelf Bourbon Trio has been added as an artist you support!