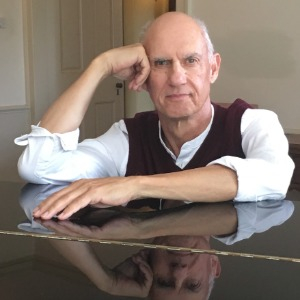 Stu Nunnery is a writer, musician, composer, recording and performing artist, actor and activist. His various incarnations have taken him into successful careers in the music industry; into radio and television advertising; into film, video and theater: and across the nation, speaking before audiences in government, business, education, food and agriculture and the health and consumer sectors.

In 1973, Stu released a self-titled LP on Evolution Records. Two songs from that album, “Madelaine” and “Sally from Syracuse” would reach the top 100 on the US Pop Charts. In 1974, another recording, “Lady It’s Time to Go,” became the #1 record in Brazil. In 1976, Stu was signed to Epic/CBS Records and began a prolific career in the advertising jingle business. Stu served as writer, lead vocalist and/or ensemble singer on national advertising campaigns such as “I Love New York” and for such companies as Nationwide Insurance, McDonalds, Beneficial Finance, Budweiser Beer, General Motors trucks and Ford and Dodge cars and many others. In 1978 he composed “I’m Walkin’ Right Down the Middle of Main Street USA” for Walt Disney Productions, a parade theme which remains today one of Disney’s signature musical performance pieces.

Between 1978 and 1985, Stu suffered the effects of a serious bilateral hearing loss and loss of partial sight that would end his musical recording and performing careers for more than 35 years.

In 2014, Stu announced that he would resume his music career and launch multi- media advocacy and awareness campaigns called “Talk to Me – The Messenger is the Message” and “Rebuilding the Musical Self.” In 2015, he was featured in Huffington Post in Rita Wilson’s “Voices of Strength” Campaign as one of 12 people chosen nationwide to tell their story about how they had overcome adversity to rebuild their life. Latin America’s largest magazine publisher Editora Abril featured Stu’s music success in Brazil some 40 years after in their VIP Magazine, calling Stu the “Brazilian Sugarman” after Sixto Rodriguez, whose story (“Searching for Sugarman”) won the Academy Award for best documentary in 2014.
Also in 2015, Stu repackaged and released his first album from 1973 via CD and download and began a series of live House Concerts as “works in progress.” In 2016 he began recording new songs to be released in 2018. He contributes articles for print and web publications, for "Hearing Tracker” an international hearing loss blog, and has a byline on the Huffington Post, to offer insights into his life and work and inspiration to others about how to negotiate the hard terrain of a lifetime with hearing loss.

Stu Nunnery is a graduate of Princeton University with a degree in Sociology and teaching certificates in Secondary Education. He has studied piano, voice, acting, improvisation and public speaking in New York, Philadelphia and Providence, RI. For his activism in the hearing loss community, Stu is a Phonak “hEARo” and a HearStrong “Champion.”

Become a fan!
Get notified when Stu Nunnery plays locally and help support his career. Join the Undiscovered Music community now to become a fan and support your favorite artists!

Stu Nunnery has been added as an artist you support!