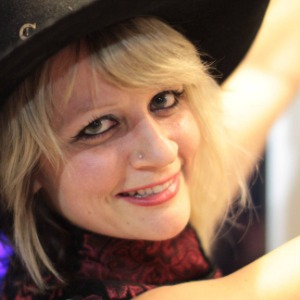 New Orleans’ pioneering voice in “alt-rocka countrybilly serial killer blues,” Shawn Williams sounds like the result of a dirtier-minded Elvis deciding to get it on in the back of some roadhouse saloon with one of those sad-eyed cowboy types that would rather be drinking alone.

Her debut album Shadow (March 2017) is a skillfully-mastered collection of originals that moves seamlessly from old-school R&B-inflected rockers to softer, wistful numbers that evoke the broken-hearted melancholia of the desert. Idiosyncratic, catchy, and rich with local talent, the tracks showcase Williams’ impressive musicianship and unique capabilities as a songwriter. New Orleans' OffBeat Magazine says, "it's an impressively mature debut album".

On recording as in live performance, she conveys a sense of rawness, a depth of feeling, and a lack of pretension that set her apart from the rest of the city’s pool of talented up-and-coming musicians.

Shawn has opened for national touring artists such as the Queen of Rockabilly - Wanda Jackson, Sarah Shook & The Disarmers, Corey Smith, The Accidentals, Todd O'Neill, The Way Down Wanderers, Loverboy, and more.

Aside from her own music, she is also the founder of the all-female Elvis tribute band, Pelvis Breastlies.

Become a fan!
Get notified when Shawn Williams plays locally and help support her career. Join the Undiscovered Music community now to become a fan and support your favorite artists!

Shawn Williams has been added as an artist you support!