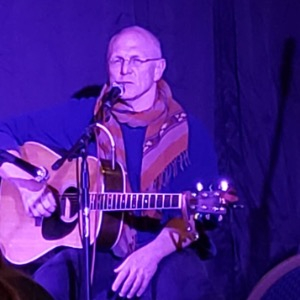 My songs are mirrors, and I often begin or end my performances by playing a version of The Velvet Underground’s “I’ll Be Your Mirror” extended to more than ten-minutes in length to include some of the images that most shaped my view of the world as a young man—working men and women enslaved in pursuit of the dollar, the now-vacant void from whence the spirit fled filled with the distraction of mindless entertainment, alcohol and assorted drugs, people so numb that self-destructive violence has lost its impact and the only way they can hope to feel anything is to hurt the people they love.

Having descended from Slovakian immigrants that sought fortune in the once-booming steel towns of Western Pennsylvania, I elect to portray the lives of those around me—family, friends, community, work. In literature and art, working class characters tend to appear as comic relief or in the form of "the noble savage." They are cast as victims, oppressed and betrayed. Personally, I'm sick of Tom Joad. I hold my characters accountable.

If you sell your soul for money, don’t come crying that you got a bad deal.

As a kid, I idolized Popeye, Mighty Mouse and Bruno Sammartino. I ran around the neighborhood, an empty can of spinach stuffed under my shirt and a corncob pipe between my teeth, a super-hero’s cape in the form of a bath towel pinned to my shoulders as I defended the weak and battled the evil-doers of my imagination.

I also loved music. My older cousin said The Beatles were the best musicians because they wrote their own songs, so he and I built guitars from scraps of plywood, two-by-fours, nails and rubber bands and started writing our own songs.

My Catholic parents sent me to St. Anne’s School, where I learned that we can only be happy when we do what God asks of us. The nuns taught that God has a special purpose for each of us, and we will know that purpose by the joy we feel when we’re fulfilling it.

God wanted me to grow up to defend the weak and vanquish the evil-doers by writing songs and telling stories.

And if I’m wrong, I’ve wasted my life.

Become a fan!
Get notified when Robert Andrew Wagner +/- the little wretches plays locally and help support his career. Join the Undiscovered Music community now to become a fan and support your favorite artists!

Robert Andrew Wagner +/- the little wretches has been added as an artist you support!