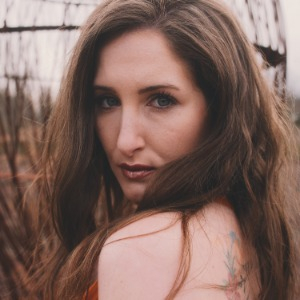 Less than a year ago, Philadelphia based singer-songwriter, Lauren Marsh, graced fans with her stripped-back, indie-pop focused EP, Revival. Following the release of Revival, this rising songstress signed to the London and New York City based, independent record label, FrtyFve. Marsh immersed herself in the studio, writing and recording new music, and is now in the midst of releasing songs off her new EP, Silhouettes.

Dear Love featured as the closing track on Marsh’s 2016 EP, Veracity. For Marsh, Veracity bridged together her indie songwriter roots with electro-pop dynamics. In 2017, she found herself at a nostalgic crossroads with Revival, writing songs that would feature the stripped back sentiments of her early songwriting days. Structured around Marsh’s innate sense of storytelling, there’s a constant bittersweet drive connecting each song on Revival.

Marsh’s new EP Silhouettes explores the extreme highs and lows of life. From discovering love, to experiencing some of the worst the world has to offer, Marsh draws from her personal experiences and gives us her fresh take. “Sometimes life gives you a sharp turn in the road. How you handle that turn can tell you a lot about who you are.”

Become a fan!
Get notified when Lauren Marsh plays locally and help support her career. Join the Undiscovered Music community now to become a fan and support your favorite artists!

Lauren Marsh has been added as an artist you support!